Founded in 1993, Zhejiang Shenghua Biok Biology Co., Ltd is one of China’s leading manufacturers and exporters of bio-agrochemicals and medicines for animal nutrition and health. In 2010, they started working on a state-of-the-art plant to produce amino acids used for animal feed. For the new plant, the company wanted a modern alternative to the energy-hungry shell-and-tube (S&T) evaporators used in their older plants. Alfa Laval’s AlfaVap plate evaporators and AlfaCond condensers proved a perfect solution.

A 2-effect evaporation system consisting of two AlfaVap 500s, a thermal vapour re-compressor (TVR) and an AlfaCond 400 were installed at the Biok plant. Commissioned in 2011, the AlfaVap evaporators use a minimal amount of steam: 300 kg per 1000 kg of water as compared to 500-600 kg for the previous installation with S&T evaporators. 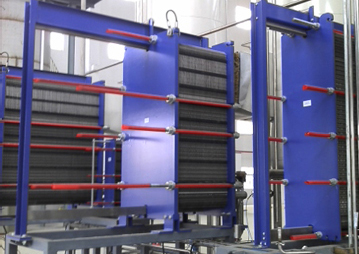 This is the first time we have used plate-type evaporators to concentrate fermentation products. Alfa Laval is ‘famous’ in the field, so naturally we chose them. We are very pleased with the performance of the new evaporation system.