Sometimes nicknamed the “Doomsday Vault,” the Svalbard Global Seed Vault marks a giant effort to secure the future of agriculture. Buried deep inside a frozen mountain are millions of seeds from all over the world - a backup if natural catastrophe, environmental damage or war deplete crop diversity.

On Norway’s Svalbard islands, situated just south of the North Pole, lies one of the world’s largest seed collections.

Boxes and boxes of seeds, are stored in the Svalbard Global Seed Vault, on the main island of Spitsbergen, near the world’s northernmost village, Longyearbyen. The vault comprises swimming-pool-sized rooms carved into the frozen rock some 100 metres inside the mountain and accessible via a long tunnel.

The millions of seeds stored there range from unique varieties of major African and Asian food staples such as maize, rice, wheat and sorghum to European and North and South American varieties of eggplant, lettuce, barley and potatoes. The frozen treasure is meant to be a bank of last resort, to provide backup should natural catastrophe, environmental damage or war deplete crop diversity. 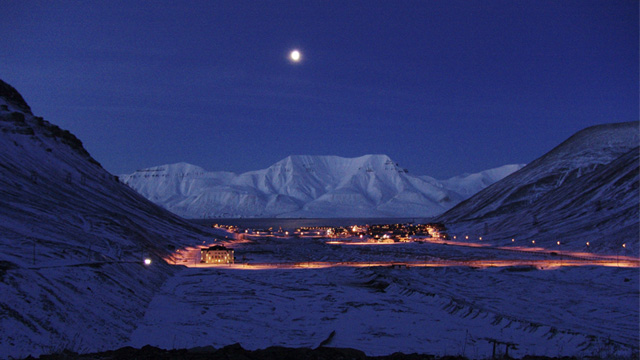 The first deposit into the vault in February 2008 was a collection of rice seeds from the International Rice Research Institute. The package was carried in by Norwegian Prime Minister Jens Stoltenberg and Nobel Peace Price winner Wangri Maathai. Rice was a natural beginning.

“Rice is probably the world’s single most important food crop, and the variations are enormous,” says Ola Westengen, operation manager at Nordic Genetic Resource Centre, the organization responsible for the day-to-day operations of the vault. “The first package contained seeds originating from as many as 123 different countries.”

"The seed vault marks a historic turning point in safeguarding the world's crop diversity," says Cary Fowler, executive director, Global Crop Diversity Trust. "About 50 percent of the unique diversity stored in seed banks is still endangered. We are in the midst of trying to rescue these varieties."

The Noah's Ark of seeds

According to the United Nations Food and Agriculture Organization, already 75 percent of biodiversity in crops has been lost in the past century. For example, 80 percent of the maize types that existed in the 1930s are now gone, and during the 1900s in the United States bean varieties dropped from almost 600 varieties to around 30.

Given its ominous mission, the media quickly nicknamed the Svalbard Global Seed Vault the “Doomsday Vault” and the “Noah’s Ark” of seeds. Others have taken note of the extreme security arrangements – the vault is protected by several reinforced locked doors, each bearing separate codes, as well as motion detectors and video monitoring – and dubbed it the “Fort Knox” of seeds.

But if the man-made security measures aren’t enough, the vault lies in the middle of polar bear land, which should act as an added deterrent for unwanted visitors.

It is just such circumstances that set Svalbard apart from other seed banks around the world, many of which are based in unstable areas. In war-torn nations such Afghanistan and Iraq, for example, seed banks have been destroyed and looted in recent years. Others have been destroyed by natural disasters. That won’t happen here. Everything at Svalbard has been meticulously planned.

The permafrost that characterizes the landscape offers a natural freezing environment, but it is not cold enough.

“The permafrost averages only between –3 and –4 degrees [Celsius], and there are sometimes warmer pockets in it,” says Ryno Hansen, project engineer at Spitsbergen VVS A/S, the company in charge of installing the cooling system, which uses four air coolers from Alfa Laval.

We needed to install a fail-proof cooling solution that would maintain the temperature at a stable –18 degrees, which was a challenge given the location in the middle of a mountain.”
RYNO HANSEN, PROJECT ENGINEER AT SPITSBERGEN VVS A/S

If properly stored and maintained at –18 degrees Celsius, some seeds in the vault will be viable for 1,000 years or more.

The design of the vault also takes into account the worst-case scenarios of global warming. It is located almost 130 metres above the current sea level, ensuring that it will not be flooded even if the most pessimistic projections about rising sea levels come to pass.

The portal building juts out from the mountain like a beacon overlooking the vast ice-bound land. It’s visible from miles away. The portal roof has been covered with reflective steel, mirrors and prisms that catch the light from the midnight sun and create a radiant light show during the perpetual light of the summer months. During the winter, artificial light kicks in.

Once inside, the 26-metre-deep portal building houses the entrance to the 93-metre-long tunnel that cuts through the mountain and leads to three vaults, each measuring 27 metres in length, 6 metres in width and 6 metres in height. Each vault contains rows of shelves where the seed samples are wrapped in airtight aluminium pouches and then stored in large boxes.

The vault has capacity to store 4.5 million seed samples, with each sample containing an average of 500 seeds. The inaugural shipment of seeds included around 270,000 varieties. It weighed in at 10 tonnes and filled up 676 boxes. When just half of one of the vaults has been filled, it will be the world’s biggest collection of seeds.

“Since the first shipments in February, the vault has received an additional 20,000 samples, but that is because of the summer,” says Westengen. “We like to schedule arrivals during the cold season, and in October we are expecting some large shipments.”

Nordgen, or the Nordic Genetic Resource Centre, is the agency in charge of receiving and packaging the seeds for storage in the Global Seed Vault. Any seed bank in the world is welcome to use the vault, provided it meets the standard depositor agreement.

“Granted, there are some seed banks in China and the US that are larger, but we are unique in that we have a truly global collection,” says Westengen. “And we are the backup for all other seed banks.”

"We are unique in that we have a truly global collection, and we are the backup for all other seed banks.” Ola Westengen, operation manager at Nordic Genetic Resource Centre.

At Alfa Laval, we always go that extra mile to overcome the toughest challenges. Our driving force is to accelerate success for our customers, people and planet. You can only do that by having dedicated people with a curious mind. Curiosity is the spark behind great ideas. And great ideas drive progress.

In our Career section you find opportunities for curious minds to have a lasting impact on some of the planet’s most urgent problems.

The United Nations has adopted 17 Sustainable Development Goals for 2030, known as Global Goals, that world leaders have pledged to achieve. Now it is up to businesses like ours to take us there. 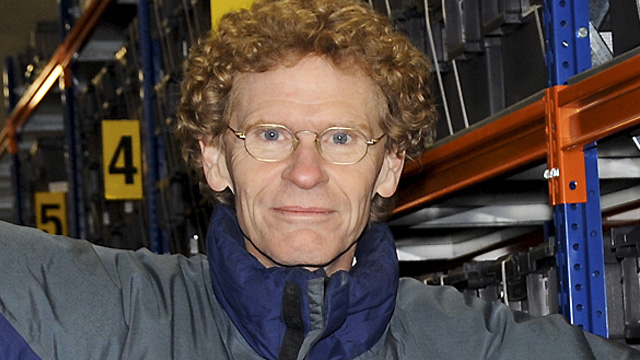 The vault receives deposits from seed banks all over the world. The seeds are owned by the seed banks, but the vault is owned and financed by the Norwegian government, and its operations are financed by the Global Crop Diversity Trust. Cary Fowler, executive director of the trust, likens the vault is similar to an insurance policy. It will secure – for many centuries – seeds representing every important crop variety available today and could prove invaluable in restarting agricultural production in the wake of natural or man-made disasters. It also protects against diminishing diversity.

– The extreme arctic conditions places high demands on the equipment

Permafrost conditions make Svalbard an ideal geographic location for the Svalbard Global Seed Vault. However, permafrost averages around –4 degrees Celsius; a stable temperature of –18 degrees was needed to secure the seeds’ long-term survival.

To ensure this optimum temperature, a cooling solution was supplied by Brødrene Dahl and installed by Spitsbergen VVS under contract with the Norwegian government. The solution involved four Alfa Laval air coolers installed inside the mountain – two large air coolers, which are situated on the floor to ensure refrigeration, and two smaller air coolers, which hang from the ceiling and are put to use when the other two are disconnected. In total the coolers have a capacity of 45 kW.

“This project was unique in many ways,” says Jan Kristiansen at Brødrene Dahl. “Given the extreme arctic conditions, we needed high-quality products with optimal functionality.

This is the first solution that we have worked with that was to be installed and operated inside an arctic mountain, which in itself places higher demands on the products. That is why we opted for Alfa Laval.
JAN KRISTIANSEN AT BRØDRENE DAHL

In addition to the products, they were also able to meet our demands for technical support during the installation.”

Compared with other brands, Alfa Laval’s equipment performed the best, Kristiansen says. For example, it had the most efficient cooling surface and heat transfer capabilities. Availability and the ability to meet tight deadlines were also factors that supported the decision to go with Alfa Laval.

United Nations Sustainable Development Goals (SDGs) set the vision humanity needs to work towards, now it's up to businesses like ours to take us there. Read how we and our customers make a difference.