The question above is asked very frequently, and it still has no definitive answer. Let’s look at why the water quality rules for an exhaust gas cleaning system (ECGS) might – or might not – apply to an inert gas system.

The International Convention for the Safety of Life at Sea (SOLAS) requires tankers to use an inert gas system (IGS) when carrying specific products. The system is mainly used in ports during the loading and offloading of cargo. An IGS can be based on either nitrogen or carbon dioxide, and it’s the latter type of IGS that I’ll discuss in this blog post. Besides the SOLAS requirements, there is the sulphur regulation in MARPOL Annex VI. This regulation does not exempt inert gas systems from using compliant fuel. The regulation clearly states that there are certain sulphur content requirements for “any fuel oil used on board the ship”. Logically, that would impact all fuel oil combustion units: engines, boilers, emergency generators, incinerators and of course also inert gas systems.

We need to explore a number of scenarios to determine what we’re dealing with. Let’s take a look at the following:

3. An IGS within a bigger system using non-compliant fuel

In this scenario, the IGS is a standalone component fuelled by non-compliant fuel. In order for the IGS to be compliant with the MARPOL sulphur regulation, it must be demonstrated that the inert gas fulfils the MARPOL requirements by equivalent means.

The IGS has an exhaust gas scrubbing section, which to some extent could comprise an equivalent means for sulphur compliance. However, such a consideration needs to be incorporated in the design phase, as this is not how an IGS normally operates. If one wants to employ this equivalent means, then it’s reasonable for administrations to demand approval of the IGS according to the EGCS guidelines (MEPC.259(68)). In other words, the unit must either have a unit approval or have a gas analyser installed to continuously monitor the inert gas going to the cargo tank.

So far, so good – but what about the discharge water? Has the IGS now become an EGCS, meaning that it needs to comply with the EGCS guidelines in terms of the water it discharges? Under normal circumstances, an IGS simply discharges its washwater without further consideration – regardless which fuel is used.

Or is it still an IGS complying with SOLAS and MARPOL? Views on this point differ, so one needs to ask the relevant administration in each case.

Scenario 3: An IGS within a bigger system using non-compliant fuel

It is common for an IGS to be part of a bigger plant, comprising boilers for multiple purposes and not just for inert gas. In such cases, the majority of administrations would say that the system needs to comply with the EGCS guidelines, which means that there are requirements on the discharge water. In other words: if the system is not a dedicated IGS, it is regarded as an EGCS. 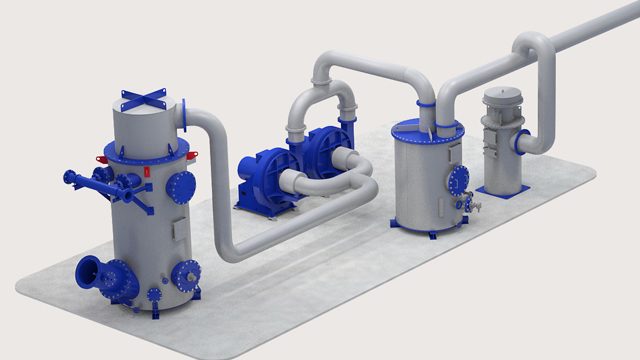