An international biotechnology company was interested in increasing their overall production without adding tanks, and at the same time reducing the number of tanks they utilize in their existing batch process. They turned to Alfa Laval for a potential solution.

Previously, the company utilized an arsenal of mixing tanks, ranging from 50 to 600 litres, for their biologically based end product, which requires continuous mixing as product gently flows to the final filling stage. Typically, one tank size was used for each unique batch, yet after discussions with Alfa Laval as well as their own independent testing, the customer quickly realized that they could increase their overall plant production and optimize their existing batch production by upgrading their mixing capabilities with Alfa Laval.

Not all magnetic mixers are alike

After closely evaluating the customer’s process, it was discovered that 20% of their valuable end product was being unnecessarily discarded as waste. This product waste was directly attributed to the existing bottom-mounted magnetic mixers, which required stopping while each batch still contained 15-20% of product in the bottom of the tank. When the customer tried to continuously mix and drain, the existing mixer created a funnel or vortex. When a vortex occurs, it removes product from the rotary and stationary mixer bearings. As the product serves as lubrication to the bearings during operation, the result is immediate bearing contact and friction, which can cause bearing pieces to mix with the product. Another issue was that their existing mixer provided very little mixing speed flexibility, as it was specified to run at a minimum of 100 RPM to avoid grinding of the bearings.

Based on the evaluation, a six-inch magnetic levitated mixer from Alfa Laval was recommended and tested in one of the customer’s 100 litre tanks. After installation, the design benefits of the levitated mixer were clearly illustrated. The mixer could be run under 100 RPM, which eliminated bearing contact. Plus, the lower RPM running speeds also allowed the tank to continually mix as it completely drained. But most important, the 100 litre tank achieved nearly 100% yield, recovering almost all of the tank product volume previously drained as waste. Being able to recover 100% yield also allowed the customer to use one tank for each unique batch – regardless of tank volume – reducing the number of tanks needed for each batch process.

In addition, the uniquely angled and optimized impeller design of the Alfa Laval Magnetic Mixer provides a gentle, lower shear agitation to maintain the highest level of product integrity possible – a requirement for their very delicate products.

The payback on the new mixers was almost immediate – less than one week. The customer calculated a 20% increase in product recovery based on a 100 litre tank - resulting in 20,000 ml of additional mixed product. In this case, their savings resulted in $0.05 - $1 for each ml of product (depending on the product) or up to $20,000 per batch, per day! Since the mixer is also installed in larger 500 – 600 litre tanks, recovery, and hence return is even higher.

After achieving thousands of dollars a day in operational and product savings, the customer was so satisfied that they are upgrading two of their US facilities with 19 additional mixers.

Questions? Get in touch 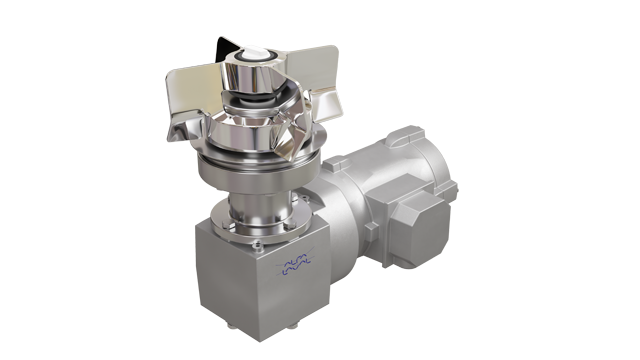 Designed for the pharmaceutical and biotech industries, the Alfa Laval LeviMag® UltraPure is an aseptic magnetic mixer that uses a patented levitating impeller to mix down to the last drop.