Green hydrogen as a beacon of hope | Alfa Laval

Green hydrogen as a beacon of hope

Hydrogen, the ultra-light gas with the formula H2, is seen - in combination with green electricity – as a great source of hope for achieving the climate targets in Germany and Europe. As early as 1874, Jules Verne predicted in his novel “The Mysterious Island” that water would be the coal of the future. However, the environmentally friendly energy source has not yet been able to establish itself as a mass product. This may now change.

Green hydrogen as a beacon of hope

Hydrogen is available in abundance and everywhere, but mostly in bonded form. This makes its production costly and extremely energy intensive. A very common process for its production is electrolysis. With the help of electric current, water is split into hydrogen and oxygen. If this electricity comes exclusively from renewable sources, such as wind or solar energy, it is referred to as green hydrogen.

On the road to a climate-neutral society, hydrogen has come back into focus in recent years despite its relative costliness. What’s more, driven by visionary pioneers and with the support of politicians, the latest developments promise a real breakthrough. One of the key players is thyssenkrupp Uhde Chlorine Engineers GmbH (tkUCE) - a joint venture between thyssenkrupp Industrial Solutions AG and Industrie De Nora. The company’s key areas include the development of innovative electrolysis processes for hydrogen production.

“Hydrogen as an environmentally friendly energy carrier holds many potentials. Its costliness is only relative. It would always be cheaper to drill for oil or gas, but neither oil nor gas pay for the destruction they cause to the environment. If they did, they would suddenly be much more expensive, but still destructive. Hydrogen therefore remains the much greener solution for our planet.”

To avoid CO2 emissions, thyssenkrupp has been testing the use of hydrogen in the steelmaking process at its Duisburg site since 2019. The only remnant in this process: simple water vapor. Since 2016, a pilot and test plant for alkaline water electrolysis (AWE), developed by thyssenkrupp UCE on the basis of chlor-alkali electrolysis, has been located on the same site. This pilot electrolyzer was built as part of the Carbon2Chem® research project. The project, which is funded by the German government, uses the metallurgical gases produced in steelmaking for the production of chemicals and thus reduces CO2 emissions in both steelmaking and chemical production. 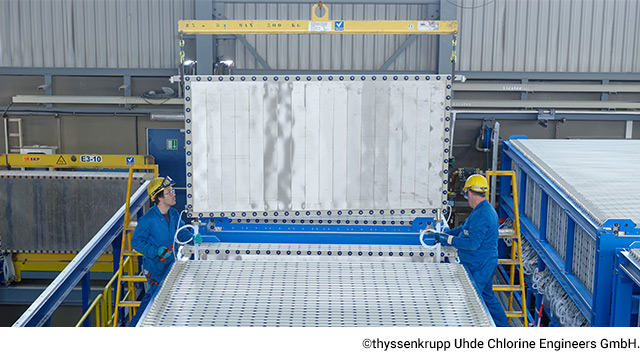 The many talents of Hydrogen

Hydrogen as a fuel

Hydrogen leaves no exhaust gases behind when it is burned. This makes the gas an ideal substitute for coal, oil and natural gas in transportation and industry. In compressed form, it has a high energy density and is therefore suitable for powering long-distance transport on land, on water and possibly even in the air. For this purpose, it can either be burned or converted into electricity in a fuel cell. Batteries, such as those used in electric cars, are rather unsuitable for long ranges. They are far too heavy and take up too much space.

The more renewable energy we use, the more important it becomes to deal with fluctuations in its availability. Hydrogen is a molecule that can be transported and stored around the globe - completely independent of when and where the renewable energy source is available.

Ammonia is not only one of the most commonly produced chemicals, but is also suitable for energy storage. If the hydrogen required for its production is produced exclusively with the help of green electricity and only renewable energies are used in the further process, it is green ammonia. Ammonia has a significantly higher energy density than hydrogen and is therefore even easier to transport and store.

CO2 can also be converted into methanol by reacting with hydrogen. The advantage: methanol is the basic building block of many everyday chemicals and - like ammonia - is easy to store and transport.

Electrolysis requires cooling and condensation. The various materials and requirements for pressure, temperature and resistance must be taken into account. Hydrogen gas, for example, is ultra-flammable and, under the right conditions, reacts violently when it comes into contact with air or oxygen. On the water side however, purification options play a primary role, depending on the quality of the cooling water. The challenges are many and complex, as it’s essential to consider things like which sealing is the best, which material meets all requirements, how can fouling best be controlled, and how can the limited installation space available be optimally used? This is where Alfa Laval’s expertise comes into play.

The central tasks of Alfa Laval heat exchangers include cooling the hydrogen, oxygen and catholyte. In addition, they condense the moisture from both the hydrogen and the oxygen. So both substances can end up being used.

“We have known Alfa Laval for a long time as a reliable and competent partner for all our technology areas. At Alfa Laval, we meet experts with whom we can talk openly, who deal intensively with our issues and work with us to find the best possible solution. Alfa Laval is therefore not only an equipment supplier for us, but also a co-thinker and co-developer.” 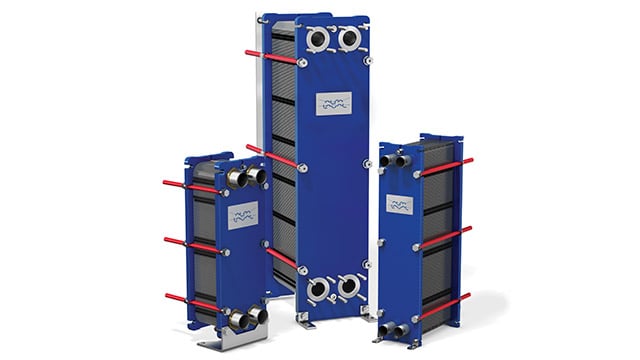 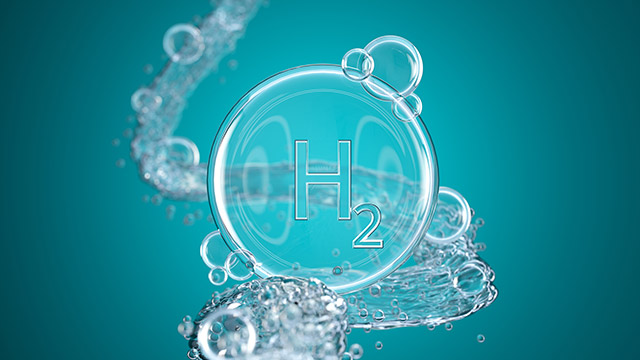 With expectations that green hydrogen could represent up to 24% of the energy market by 2050, the demand will continue to grow at a rapid pace.Green hydrogen offers a zero-emission solution as fuel for transportation or power generation, for heat in process industries or buildings, for energy storage, and as an important feedstock in the chemical industry. It holds a huge potential for enabling our energy transition, in particular for the hard-to-abate sectors.